In this special concert, Ustad Shujaat Khan, from the Imdad Khan gharana. This greatest North Indian classical musician will play Sitar with music that touches your soul Khan made us proud by being the solo artist representing India in a special performance at the United Nations General Assembly Hall in Geneva commemorating India’s independence the same year. His album ‘Rain’ has been nominated for the Grammy Awards. 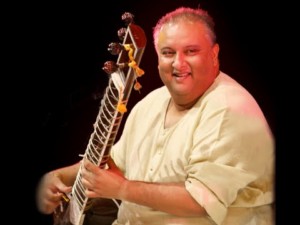 On the other hand, we have Ustad Zakir Hussain, whose hands are capable of producing magic. The consistently brilliant and invigorating performer will play Tabla. He is widely considered one of the chief architects of the contemporary world music movement. Join us for the unique performance by the legends on 13th February 2017, Monday, 7 pm at Modern School Barakhamba Road, New Delhi.

Working during a pandemic is no easy feat, but actor Yesha Rughani, who was last seen in Muskaan…
END_OF_DOCUMENT_TOKEN_TO_BE_REPLACED
0
0
Share
NEWSTrending

" I want to do it just like Deepika", model Sasha Merchant

Over the years, Deepika Padukone has given Bollywood some of the most memorable performances and…
END_OF_DOCUMENT_TOKEN_TO_BE_REPLACED
0
0
Share

Sign up for Davenport’s Daily Digest and get the best of Davenport, tailored for you.